What is an Endocrine Disruptor? 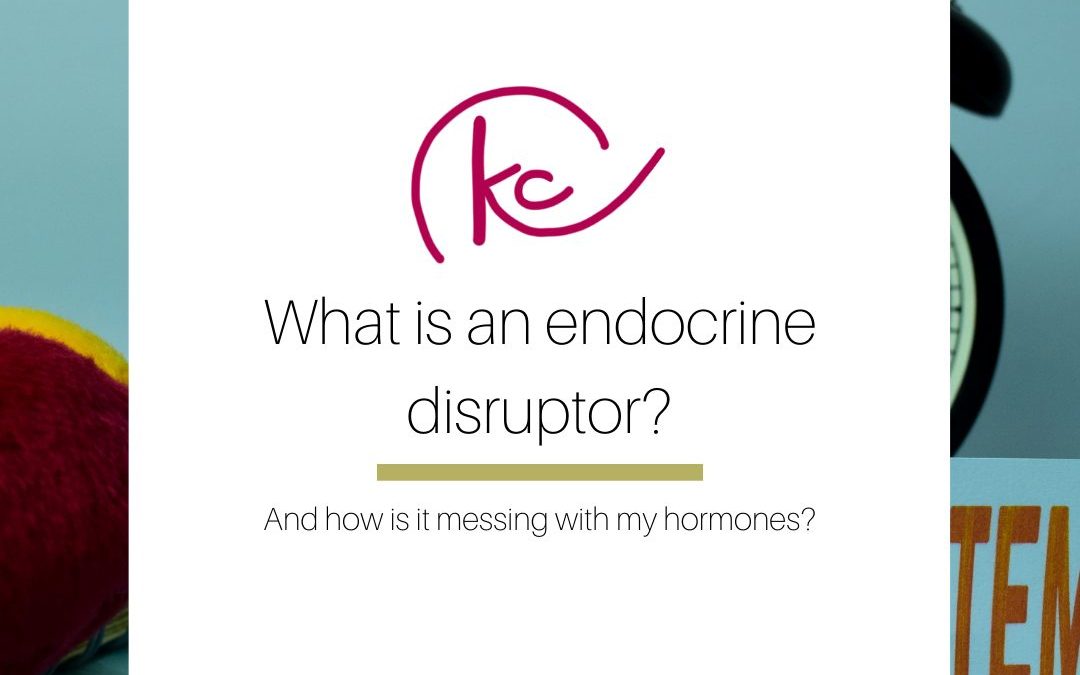 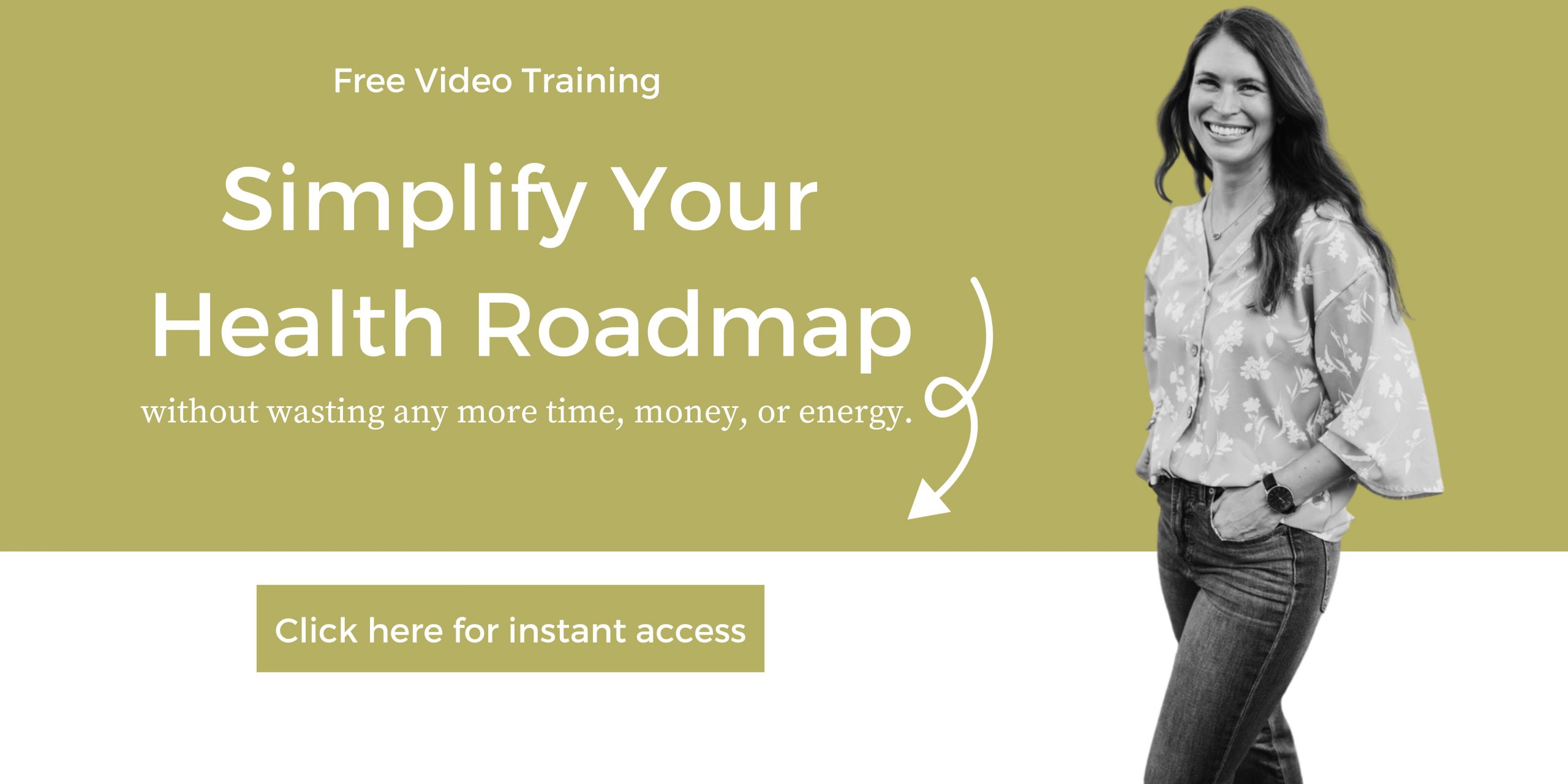 Endocrine disruptors may be something you’ve heard a little about. They have become increasingly prevalent in our foods, our personal care products, and our environment. They are worth learning a little more about because this is a piece of the hormone/energy/gut health puzzle:) 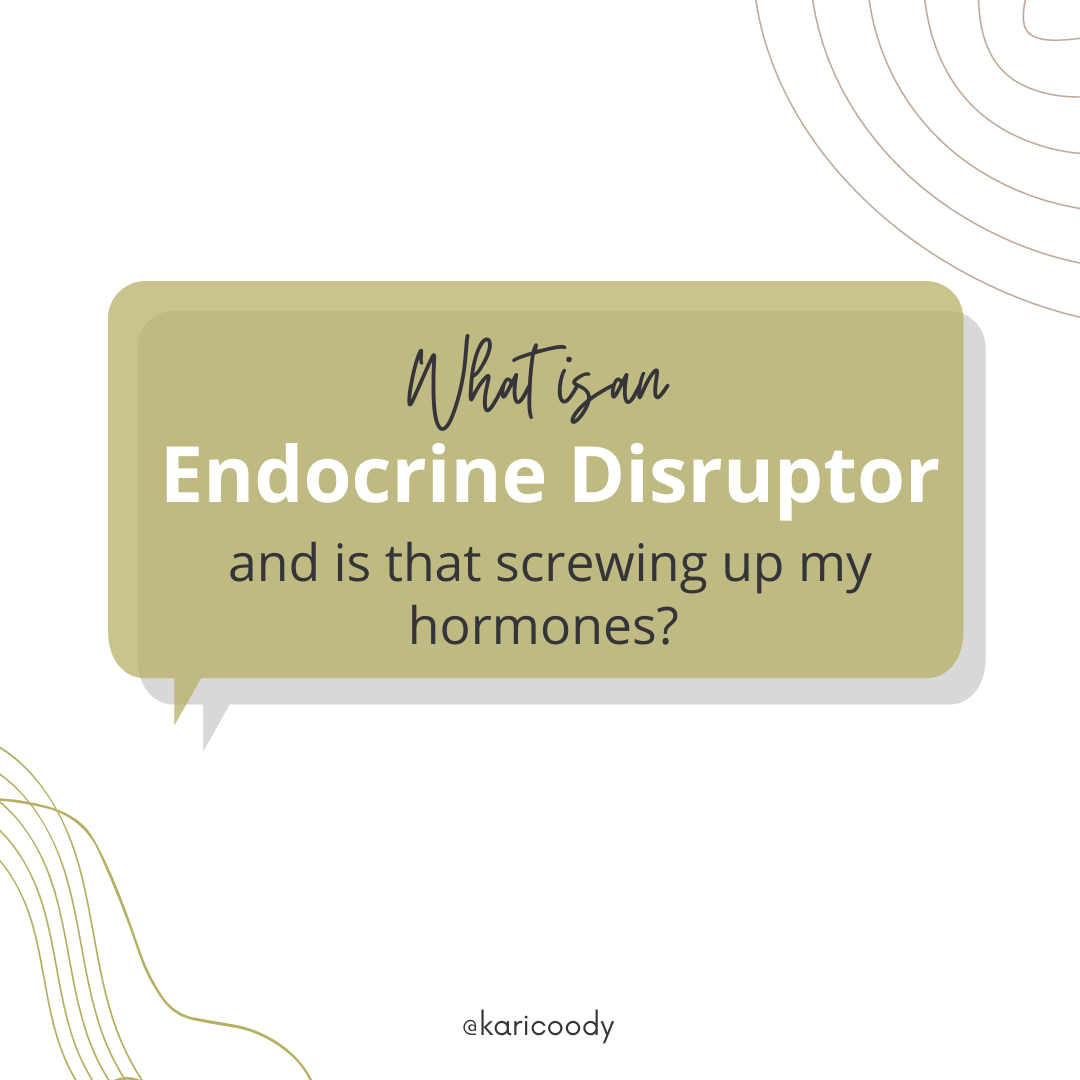 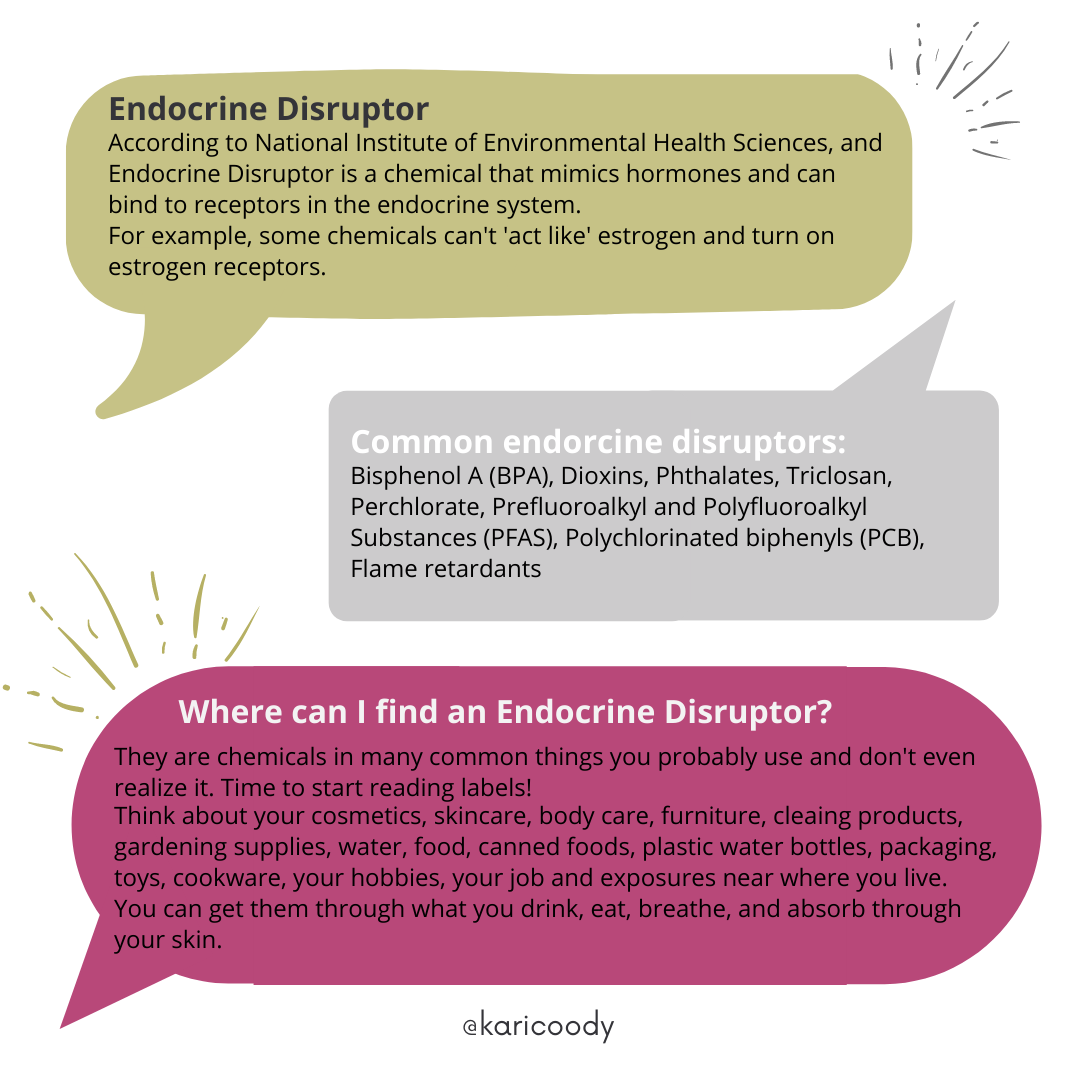 Endocrine disruptors mimic estrogen and can bind to receptor sites in the endocrine system. But what in the heck does ‘bind to a receptor site” mean?! Here is a simple explanation??

In essence, it blocks the ability of the cell to be influenced or changed in another way. And in the case of things that mimic estrogen in the body (aka endocrine disruptors), essentially that cell has been taken over by the ‘ bad guys’. As it pertains to hormones, this tells your body that you don’t need it to produce any more estrogen and so the natural estrogen is actually deficient and the pretend estrogen is in excess- which is much much stronger than the estrogen our body makes.

You then have too much bad estrogen and not enough good (natural) estrogen, so your estrogen dominant symptoms will speak to you in the form of PMS symptoms, hot flashes etc etc. 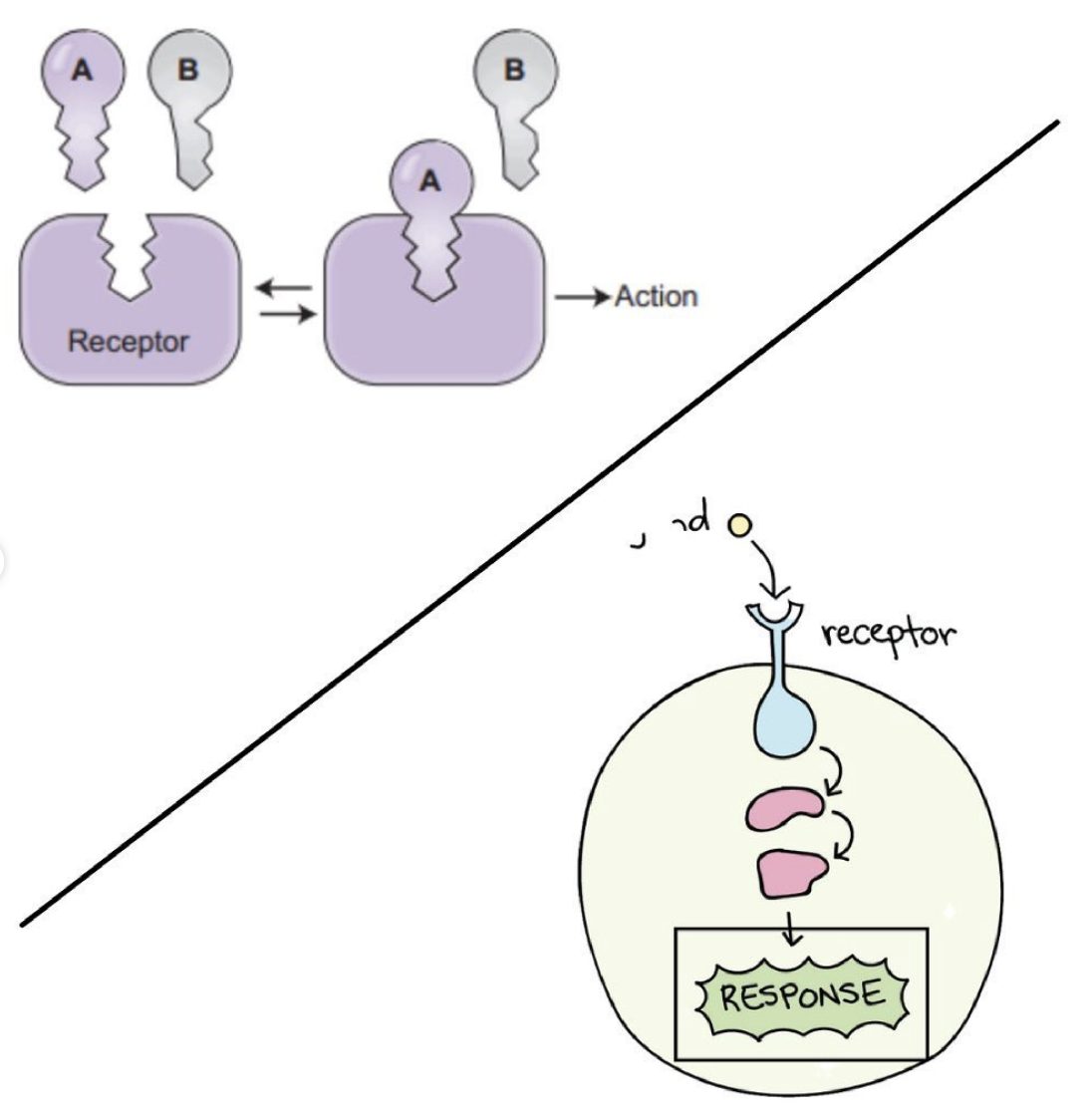 Of course the above begs the question, how do I reduce them in my home? Below are some good ideas for you. Not only on how to reduce them, but also how to detox them out of your system!

In your journey to wellness, you may have tunnel vision… which likely has you chasing your tail.   Check out this free video training to help you see the bigger picture,  gain clarity, and finally move forward in your health 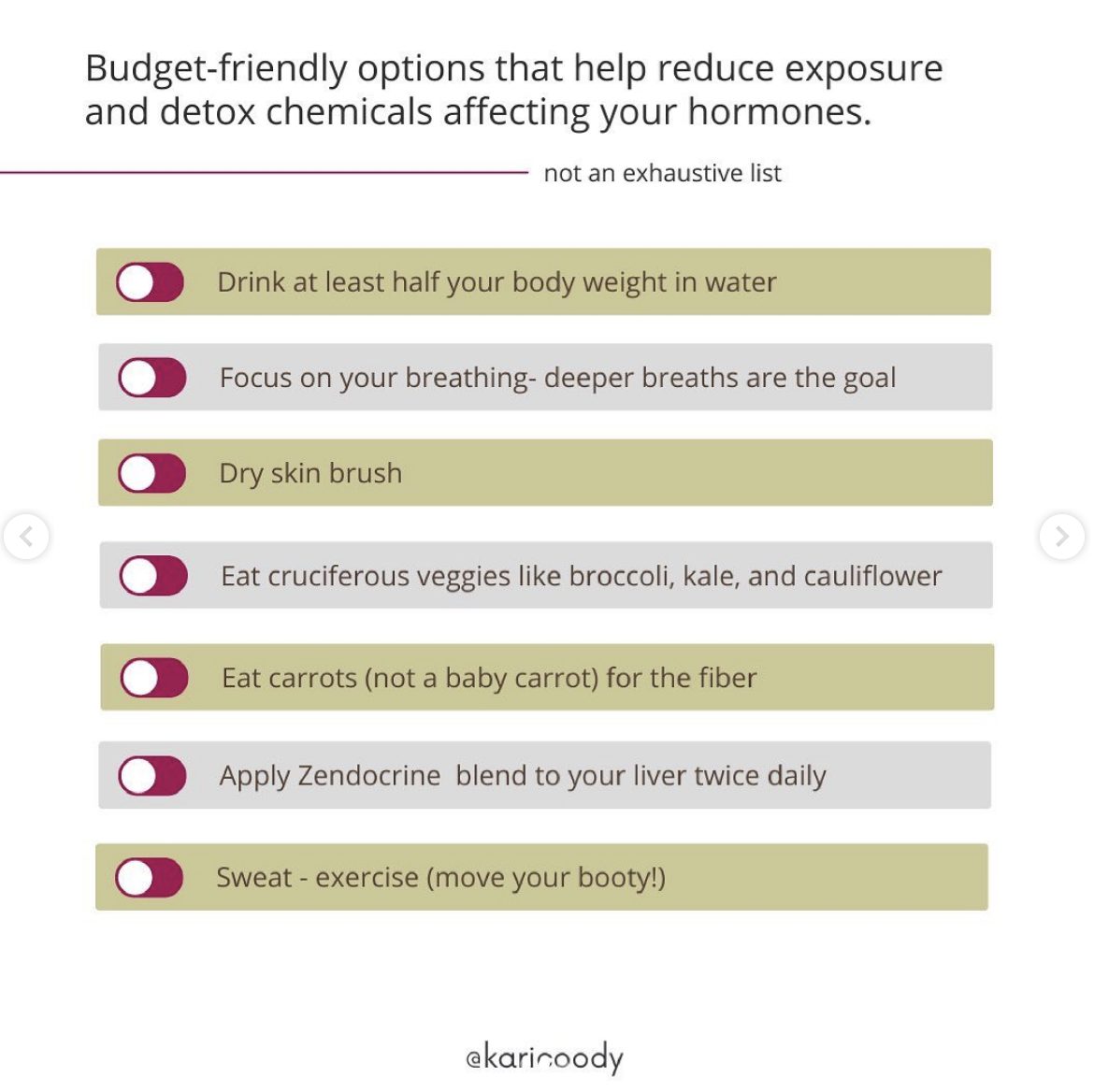 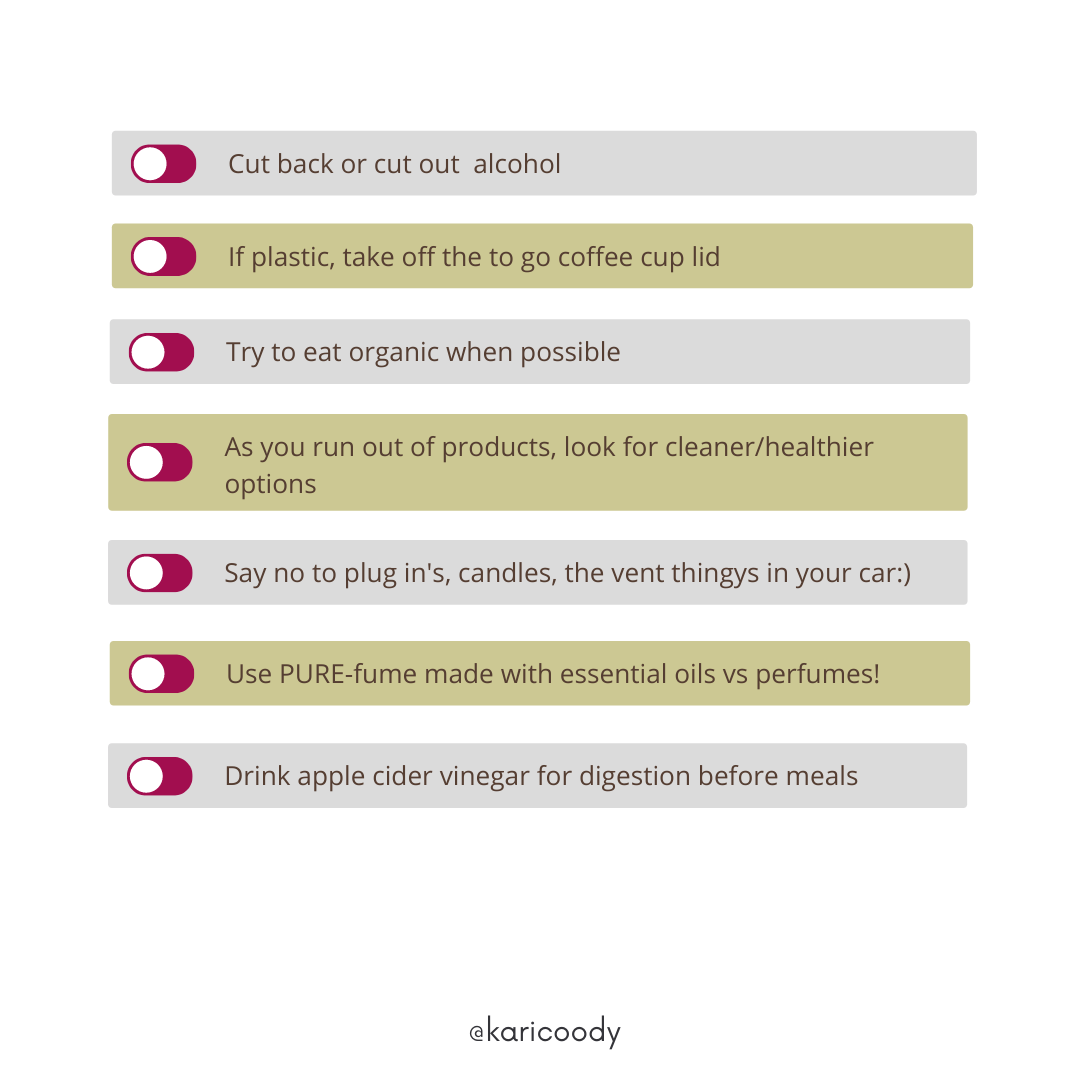